This is a Flickr badge showing public photos from janipoo. Make your own badge here.


coming out
I just had to return to my blogging roots to finish carry on what I started many years ago as a ghost writer. That was about the time that things started getting difficult around here what with all the challenges that accompany living in a world where life's a bitch and then you marry one or die trying. As usual, I see the glass as half full, dung beetles and all. Scientists call this "too bad". Others say "and so it goes". I reckon it depends on who you're talking to. I wish I had the answer to all of the woes in today's world, but alas I'm just an overworked middle aged woman recovering from pneumonia. I could probably get worker's comp for that considering how much I sneeze and snot up there in my little corner of the sawmill, but that just adds insult to injury and Erin Brockovich isn't available to represent me so, there you go. Somebody's got to pay the utility bill.

It's a beautiful day in the hood, if I say so myself. The dogs have knocked themselves out running through the dirt and chasing their tails. Mama got her hair did way off schedule today and looked beautiful when I picked her up after. We made a stop at the chicken store to get daddy some lunch before heading toward the red log cabin. He could have had a pot pie but what the hay..he got fried chicken tenders instead. Tomorrow is church day so he'll be back up in the choir singing his little heart out while mama snoozes. He was raised up Baptist but converted to Methodist when he married her so that's where I was taught about the spirit and giving it room to work. That can just be such a hard thing at times.

I remember, once upon a time, having the audacity to stand up in a SS class attempting to talk about faith. I didn't have much of a clue about the biblical roots of that particular way of thinking at the time. I have learned since then that it's all about believing in things not seen but hoped for. Things like world peace and positive outcomes and new life. Today is supposedly the end of the world but I'm not really worried about it because I'm thinking that there's mansions in heaven and one of 'em has my name on it. A life well lived with good intentions is all it takes to be a sheep instead of a goat. If I'm wrong, I'll see ya'll in hell.

Here's a tip to everybody in flood zone: always apply mosquito repellent before venturing outside this year. And got the love of God, get everybody some heartworm meds before it's too late. I hear that the latest "war on" is all about bugs.
flushed by poopie on Saturday, May 21, 2011
| | Poop Happens


On the roll
Blogroll Me!

Other Swings
My mood 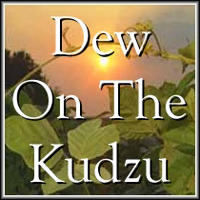